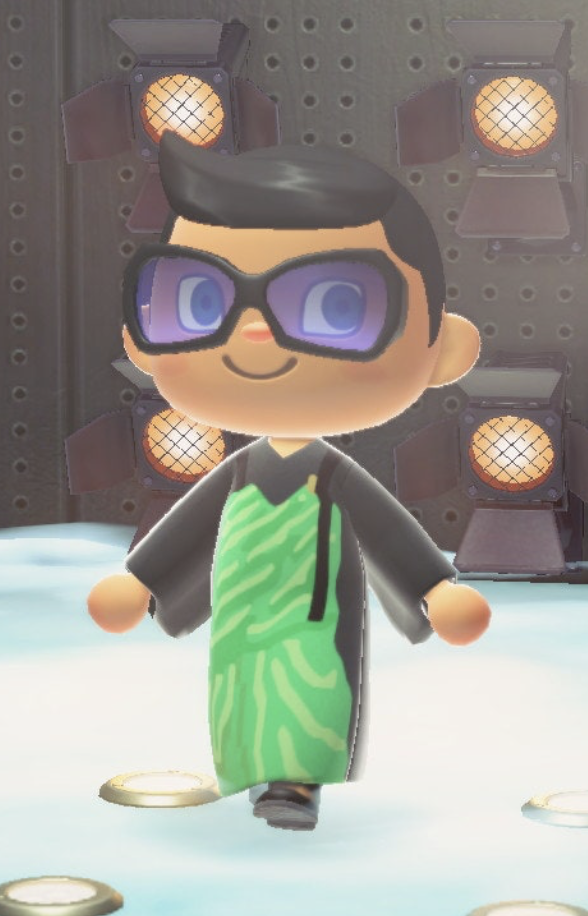 THE FIRST EVER FASHION SHOW

Animal Crossing, Nintendo’s platform game has been adopted by the fashion community, with dozens of Instagram accounts sprouting up to showcase runway-inspired designs from Dior, Sports Banger, and Louis Vuitton, while brands like Valentino, Anna Sui, and Sandy Liang create custom garments for the game.

Reference Festival, a Berlin-based fashion organization, is taking Animal Crossing’s fashion potential one step further with a virtual fashion show of Animal Crossing avatars dressed up in current season looks inspired by Loewe, Prada, and GmbH. The show was organized by photographer Kara Chung, who runs the Instagram account @animalcrossingfashionarchive, and stylist Marc Goehring of 032C.

The result is a three-minute runway, which TBH isn’t that different to an IRL fashion show, with models also sporting Craig Green, Paco Rabanne, and Chanel outfits. The only real difference was the front row, which instead of the usual crowd, was composed of anthropomorphic cats, foxes, and birds.

Just like any reputable fashion event, Michel Gaubert has been in charge of the soundtrack, even making a virtual appearance behind the decks in avatar form.

When working on the script, it became obvious that the music had to be very upbeat, slightly subversive and fun, to bring the show to life as it was all about having a good time.

Michel Gaubert friends at @italiansdoitbetter have sent the track E.T by Joon @joon.songs and when listened to it for the first time, it felt like it had all the right ingredients to make the show come to life.

Animal Crossing as a game is an imitation of life and it was very important that the show also felt that way. People are talking about the future of fashion shows in bleak terms. They wanted to show that fashion can also be fun, positive, and inclusive.